KDIPA participates in the second meeting with the Doing Business Team in Washington D.C

Kuwait Direct Investment Promotion Authority (KDIPA) participated in the second meeting with the Doing Business Team at the World Bank Group (WBG) in its premises in Washington D.C. during the period April 11-13, 2018. This task is undertaken as part of KDIPA’s role in presiding over the Permanent Committee for Streamlining Business Environment & Enhancing Competitiveness in the State of Kuwait (PCK), established by a Council of Ministers Decision No.1551/2013, with membership of 14 other government entities, the private sector and the civil society organizations.

The first day of the meeting discussed the findings of DB2018 report and clarified that there will be no changes in DB2019 methodology. Each component was analytically presented in terms of procedures, best practices, Kuwait position, and the way forward.  The first component tackled was trading across borders, followed by getting electricity, dealing with construction permits, and getting credit-credit information. The second day discussed components relating to resolving insolvency, enforcing contracts, getting credit-legal rights, and labor market regulation, which is an additional topic outside the DB index and is used for reference on labor policies. The third day of the meeting concluded with deliberations on components for paying taxes, starting a business, and protecting minority investors.

The meeting this year reflected a more engaged approach as work teams provided presentations regarding the measures taken within the framework of Kuwait National Agenda for Streamlining Business Environment (Tahseen Program), developed with technical support by the WBG,  as well as other broader reforms mainly focusing on utilization of e-transactions, on-line services, e-links, use of unified screens in real time; in addition to enhancing transparency to ensure consistency by publishing clearly lists of required documents, fees and relevant procedures, and establishing one stop shops for various functions. Some of the work teams provided live presentations on utilization of online services available to the public for the WBG experts. The meeting concluded with a note from Ms. Rita Ramalho, Acting Director for the Global Indicator Group, thanking the participants and reiterating the importance of such direct interactions.  KDIPA Director General, Head of PCK, also thanked the participants for their efforts, commitment, and engagements. He urged them to continue their efforts to improve doing business in Kuwait, and expedite the pace to submit all reforms, decisions, and supporting documents to enable KDIPA to duly fill the DB2019 templates for Kuwait and send to the WBG team by end of April 2018. 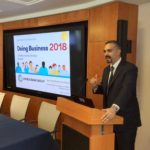 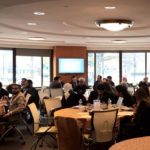