KDIPA was represented by Mr. Mohammed Yousef Yaqoub, Assistant Director-General for Business Development, who gave a presentation on the investment climate in Kuwait. Presentations were also given by representatives of the General Secretariat of the Supreme Council for Planning and Development, the Kuwait Authority for Partnership Projects, and the Abdulaziz Al-Sager Center for Development.

The meeting aimed to enhance the trade and investment relations with the Kingdom of Saudi Arabia by setting up joint projects within the framework of the Kuwaiti development plan and by achieving economic integration between the two countries. 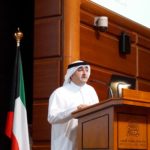 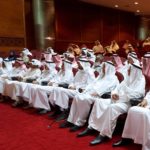