Kuwait Direct Investment Promotion Authority (KDIPA) participated in the Kuwait – Qatar Business Forum that was held on the 19th of February 2020 at the Kuwait Chamber of Commerce and Industry (KCCI). The opening speeches were delivered by Mr. Abdul Wahab Al-Wazzan, Vice Chairman of KCCI, who headed the Kuwaiti side, and by His Excellency Sheikh Khalifa bin Jassim Al Thani, Chairman of the Qatar Chamber of Commerce and Industry, and Mr. Abdulaziz bin Nasser Al Khalifa, CEO of Qatar Development Bank (QDB).

KDIPA was represented by Mr. Mohammed Yousef Mulla Yaqoub, Assistant Director-General for Business Development, who gave a presentation on the investment climate in Kuwait.

The forum was held in conjunction with ‘Made in Qatar’ exhibition, which will be held under the patronage of H.H Sheikh Sabah Al-Khalid Al Sabah, the Prime Minister. As 220 Qatari companies representing from various fields will participate at the exhibition, during 19-22 February 2020 at Kuwait International Fair. 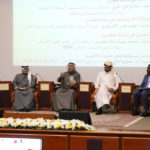 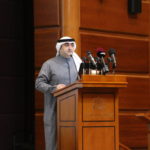