The press conference highlighted results achieved by the State of Kuwait in the Ease of Doing Business 2020 Index, and the efforts made by the Permanent Committee for Streamlining Business Environment & Enhancing Competitiveness (PCK) to improve To improve Kuwait’s position in international indicators and the quality of services provided to citizens, which is headed by KDIPA. 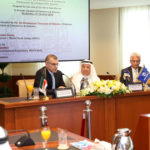 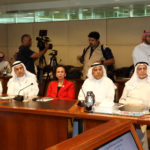