Kuwait Direct Investment Promotion Authority (KDIPA) organizes a training program for its employees in partnership with Kuwait Anticorruption Authority (Nazaha) titled “Law No. 2 of 2016 on Establishing Kuwait Anti-Corruption Authority and the Provisions on Disclosure of Assets and Liabilities” which was held on 17-18 February 2019 in KDIPA’s headquarters in AlHamra Business Tower. 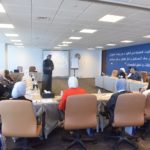 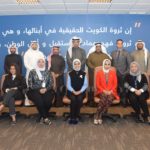