The visit consisted of a series of meetings with InvestHK, Asia and Africa Committee at Hong Kong’s General Chamber of Commerce, and the Hong Kong Trade Development Council.

During the meetings, KDIPA’s Director General sought to strengthen the bilateral ties between the organizations, and discussed the economic and legislative improvements, as well as the investments opportunities in Kuwait. 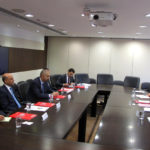 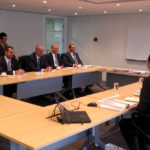